How to find creative inspiration

Cheryl Durst, CEO and executive vice president of the International Interior Design Association, has turned social networking into an exercise in storytelling. 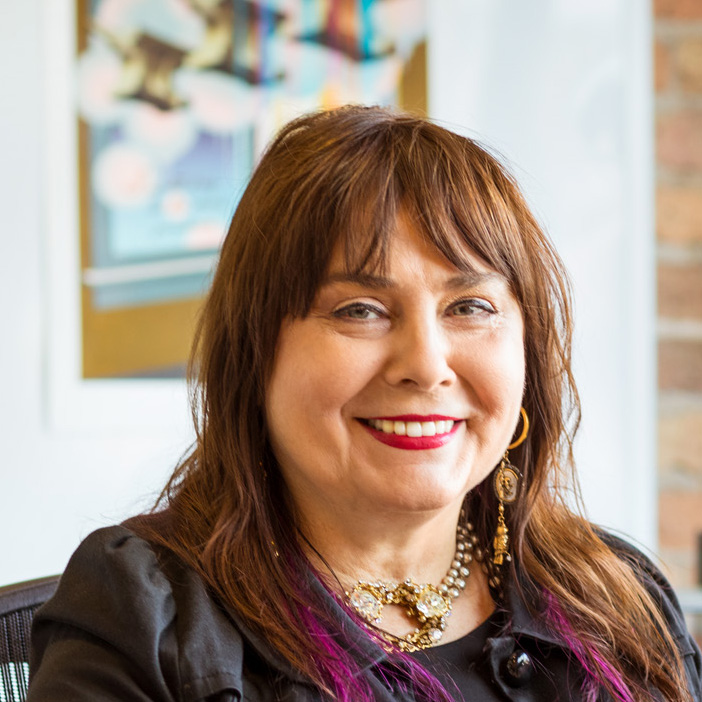 Cheryl Durst claims to be a mere “tolerater” of social media. But her Facebook feed tells a different story. The CEO and executive vice president of the International Interior Design Association uses it as a virtual campfire, telling tales of the pantless guy in seat 2B, the birdcage-carrying Italian woman and a certain former-space-camp-attendee-turned-black-newslady.

A bird on a train (in Milan)

Did you hear the one about the woman who went to Milan for a fancy-ass design show and she got all brave and powerful and took the subway at night, alone, and she sat next to a nice Italian woman with a cage on her lap (because who is going to bother someone with a cage on her lap?) and the cage had two gigantic parrots inside and the Italian woman asked the brave black woman where are you from, and she said “Chicago” and I’ll be damned if one gigantic parrot didn’t turn his spooky head, look at her with beady eyes and say, “Oprah.” I kid you not. This confirms my belief that you can’t trust talking birds, and The Subway should be a reality show.

Him: Have we met?

Him [moving closer and looking squinty-eyed]: I’m positive I know you. I’m sure we’ve met. I feel like maybe in an airport or on a flight? You seem like you fly a lot.

Me [in my head]: Oh Lord, maybe I’ve taken a stealth photo of his feet, his food, or his badly behaving children and posted it on FB.

Me [out loud and leaning slightly away to reclaim personal space]: Maybe.

Me [in my head]: Oh Lord, seriously? Do we have to do this today? And yes, that Coach Poppy scent is nice. Note to self, get more. If I just say, “Yes, I’m a flight attendant,” will that end this? Or will he ask some crazy question that only flight attendants get asked? Lie? Truth? Silence with a “leave me alone look”?

Me [out loud with a leave-me-alone look]: No, not a flight attendant. I just fly a lot.

Me [in my head]: Yes. That’s it. I’m the air marshal that escorted your inquisitive weird ass off a flight for asking too many questions and having mild halitosis. Wait. Did he just call me “fancy”? What the hell does that mean?

Me [out loud, Actually nothing out loud, because before I have a chance to say anything...]

Him [snapping his fingers, crazy eyes all lit up]: I’ve got it! Huntsville! You and I were at space camp together. 7th grade. Space Camp in Huntsville, Alabama. And now you are that black newslady. NBC or CNN. My mother watches you all the time.

Me [in my head]: Oh sweet Jesus. I love the idea of space camp and always wish I had gone, but if this is what its alumni are like ... Wait. Hold the phone. Did he just call me a “black newslady”? Does that mean I only report black news? I’m sure he meant an African-American woman who reports all the news. And his mother watches me. Bless her heart. I wonder if I’m an anchor? Or general assignment reporter? I hope the station doesn’t have me covering goofy stuff like holiday lights at the zoo. Ok. So here’s my out. I’m going with this one. I hope space camp alums don’t have a secret handshake, password, twitch or blink.

Him [looking relieved but still a bit wild-eyed and now all conspiratorial with a lowered voice]: I bet you are on an undercover investigative assignment. I’m going to get out of your way and let you do your thing. If you need back up, just give me the old space camp signal.

Me [out loud]: Thanks. I’ve got it covered here. Safe travels.

Me [in my head]: Lord have mercy. Just another day in the life of a fancy black newslady/businesswoman/flight attendant/space camper/air marshal who smells good.

"Just another day in the life of a fancy black newslady/businesswoman/flight attendant/space camper/air marshal who smells good."

Seat 2A is headed to Cleveland to be a panelist on an International Interior Design Association roundtable about creativity.

Seat 2B is headed to Cleveland for a job interview and asks passenger 2A if she knows if pants can be purchased in the airport because, well, he doesn’t have any with him. And he might buy shoes.

2A (intrigued because of all the things she has been asked on airplanes and in airports, she has never been asked about purchasing pants) so she inquires: “Did you forget your carry-on?” She is actually quite nosy, wants more info and definitely feels he needs more appropriate attire for an interview. Unless the job is outdoorsy. Or athletic. Or involves leg modeling for a new line of men’s razors.

2B responds: “No. I just hate giving into ‘The Man’ and wearing a suit and tie. I should be hired based on my ability to excel. Not dress.”

2A (gives inward chuckle and hardcore side-eye, because she knows 2B is the Millennial Son of “The Man,” and boys can have “daddy issues,” too): “So what’s the job?”

2B (slight smirk): “Oh, I got this. It is the chief officer of talent and possibilities. I find the right people for the right jobs at ____,” then he proceeds to name a company that everyone in the world knows and I have no interest in being sued by said company for any asinine reason associated with my snarky storytelling about their pant-less future employee.

2A “So ... it’s an HR position? I’m thinking you might want pants. Or they may expect pants. Call me old-fashioned, but pants seem kind of essential at this point in your interview process.”

2B “Aw sister girl, you sound just like my mom. I bet Rosa Parks didn’t wear pants to a job interview. Malcolm X wouldn’t give in like that to ‘The Man.’”

2A (Whew. So. Much. Wrong. Here. I struggle with how many teachable moments I can impart. It is a very short flight to Cleveland from Chicago, after all, so I begin with simple respect.) ”So, first of all, it is not okay to call me sister girl. You don’t know me like that.” And then we talk history. And context. And culture. And age. And Rosa and Malcolm. And why “by any means necessary” doesn’t apply to not wearing pants to a job interview. And why Rosa’s defiance signaled a movement and not a punchline to a joke about saying “no.” And why he should listen to his mom. And why sometimes “sticking it to The Man” can be as simple as defying the expectations that The Man has about you. And why I was going to do a FB post about this encounter. And, finally: “Buy some damn pants and good luck with the interview.”

2B smiled. Asked if he could give me a hug and said a very sincere, “Thank you for giving a damn.” And gave me his resume. #pants #SisterGirlGivesAdvice #TeachableMomentAtCruisingAltitude

Want a full Q&A with Durst? Request the spring issue of orange magazine.