Why documentaries are truly moving pictures 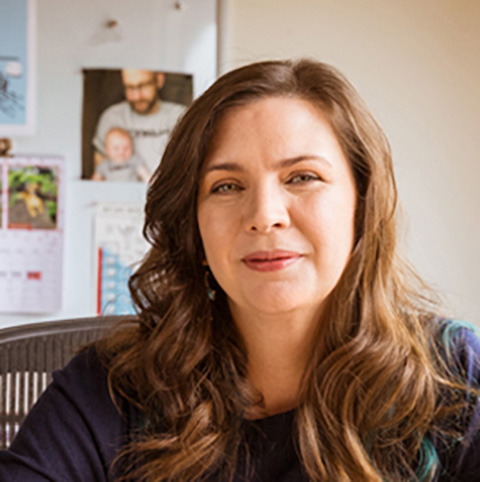 Print magazines are officially back from the dead. Look closely, and you’ll see how design is helping fuel their resurgence.

Just like their friends on the editorial side, designers know their audiences. The best have the confidence to speak directly to those readers—without using words.

Magazine genres are as varied as their readership. But no matter the genre, certain trends bubble to the top. Below are three of my current favorite trends, plus a bonus trend I could definitely live without.

Well, almost. Rather than relying on a bunch of cover lines to draw in readers, publishers use smart, attention-grabbing imagery to do the job. Covers are more focused and less fussy. Indie mags have been ditching the abundance of cover cuts for a while, and it’s finally becoming mainstream.

Consumer magazines traditionally use heaps of cover lines for the simple fact that they’re essential to newsstand sales. This trend of reduced cover type, however, shows a magazine’s creative team is secure with its readership and sure of its own vision.

They know core readers are smart and committed, and they don’t need to lure them in with a bevy of cover lines in different weights and sizes. Readers like to feel smart and be intrigued; this treatment lets them do both at the same time. It won’t work for everyone, but when it does, the results are stunning. Minimalism isn’t exactly a new trend, but it’s as popular as ever. For a while there, it seemed like everyone was taking it to the extreme. Now, it’s evolving backward, with the bleeding-edge originators moving on from sterile sameyness.

Much of the ultra minimalist design you see now comes from the legions of imitators trying to capture the sparkly magic of Kinfolk five years ago. Always a step ahead, Kinfolk has moved on. While staying true to itself, the magazine launched a redesign, injecting the pages with new warmth and energy. The type treatments and layouts are more dynamic, while still elegant and timeless. The magazine's willingness to evolve is refreshing—especially given its large and loyal following.

One great example of this trend is design darling The California Sunday Magazine. Its unique, minimalist vibe is infused with just enough personality and unexpected touches. The result? Meaningful design that impresses without overwhelming.

How do you create something new with photography, something that stands out? Juxtaposition.

The combination of high-impact photography with hand-crafted type and illustrations is everywhere, and for good reason. These hand-crafted elements lend personality. The marriage of the two feels personal and genuine—even relatable. In a time when people crave analog and authenticity more than ever, this trend fits right in. If it feels like the magazine team cared enough to make a note or an illustration just for you, they’ve established a connection.

Bonus Trend: One trend I could do without: Middle-aged white men are still absolutely dominating the covers of business magazines. THIS IS NOT OK. Do better.