The magazines I buy at airports

Every title is a snowflake, but structure, variety and personality bind them all. 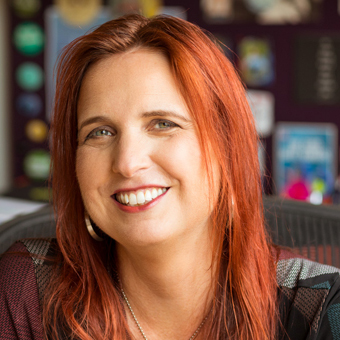 Quick: Name three passions. Now, name your go-to resources for keeping up with the latest news, trends and opinions on these passions.

For the second request, chances are you mentioned your favorite news sites or social feeds or the sites of companies or associations that specialize in these topics. But did you also mention magazines? You wouldn’t be alone.

That’s part of the format’s magic: It can be as mainstream or as niche as you want or need it to be, and it changes often enough to remain relevant and worth revisiting.

The magazines found in bookstores and on newsstands run the gamut of popular interests. Factor in the titles produced by custom publishers or brands for specialty audiences, and the well of information and inspiration that shapes the way we live and work deepens considerably.

Despite the tired tropes that “print is dead” and that today’s readers lack attention spans, recent research from MPA—The Association of Magazine Media shows that 9 in 10 American adults (including millennials) read magazines. The format is unique, MPA says, because it transcends any one platform: “Whether they are consumed in print, on tablets, on a smartphone or on the web, magazine media fulfill readers’ desires for timely information and entertainment that appeal to a broad spectrum of personal interests.”

To which I say: yes—and yes!

Each magazine has a unique mission and vision, target audience and subject matter focus—not to mention its own pool of contributors, publication process, and methods for attracting readers.

And yet, there are certain attributes that distinguish magazines as a whole from other media. When clients ask what makes a magazine a magazine, my go-to answers are these:

Magazines have (and need) structure

Take a look at the latest issue of your favorite magazine, and then compare it to a preceding issue. The individual stories will be different, of course, but you’ll see that the bones are the same. In publishing parlance, you’ll find:

The reason for this boils down to one simple truism: There’s comfort in continuity—both for readers and for the people producing the magazine.

Some readers consume a magazine from cover to cover (front to back or back to front). Others gravitate first to favorite writers or departments. They read those pieces and then flip through the rest of the book, stopping to read only what interests them. Either way, they come to expect a certain experience each time. If there’s no rhyme or reason to what’s in each issue, they’re less likely to become invested—both emotionally and financially—in the experience.

On the other side of the equation are the publishers, editors, writers, designers, photographers, illustrators, advertisers and others who labor to create what ends up in readers’ hands. Having a basic framework of elements that remains constant from issue to issue allows for maximum creativity within that framework. Reinventing the formula every single time is exhausting, quite frankly—and deeply confusing to the readers you’re serving.

"Features are the entrees; columns, departments and other assorted elements of the magazine are the appetizers, the sides and the desserts."

Magazines have (and need) variety

If every single story is roughly the same length and is organized and designed in exactly the same way, what you have, my friends, is a very boring reader experience.

To put it in relatable terms: Features are the entrees; columns, departments and other assorted elements of the magazine are the appetizers, the sides and the desserts. (Yep, I said desserts—plural!) If you overdo it on any one of these, you’re going to walk away under- or over-nourished—and, most likely, unsatisfied.

A well-rounded reader experience, on the other hand, offers a mix of quick hits and deep dives, opinions and facts.

Feature articles typically quote more sources and examine topics in greater detail (thus, higher word counts) and with more objectivity. They rely on callout elements, such as sidebars and pull quotes, to break up the text and draw readers’ eyes to related content. And they eschew a templated format, with each feature having its own look via varied (often dramatic) photo, illustration and font treatments.

Columns, meanwhile, tend to be subjective (and thus, shorter) and conform to a templated design that’s consistent from issue to issue.

Departments also tend to be templated, shorter and chunkier, and often more visual, to help break up the monotony of dense copy blocks. Think checklists, charts, graphs, tables, infographics and other non-narrative techniques.

Magazines have (and need) a personality

Food & Wine vs. Bon Appétit. People vs. Us Weekly. Time vs. Newsweek. Sports Illustrated vs. ESPN The Magazine. In each case, you have titles treading the same territory. But they aren’t the same.

Here’s why: The people who produce each of these titles have worked hard to cultivate a voice and tone, an editorial philosophy or a point of view—a personality, really—that’s unique to that brand.

It’s not just what they’re saying; it’s also how they say it. That’s why every magazine has a style guide that goes beyond the grammar and punctuation rules dictated by the Associated Press (AP Stylebook), University of Chicago (The Chicago Manual of Style) or other publishing authorities. The standards a magazine staff establishes for the writing and design of the publication ensure consistency across issues and clarify—both for contributors and the audience—what the magazine stands for (what’s covered and how it will be talked about). Think plain vs. pedantic, friendly vs. formal, sarcastic vs. serious and so on.

Without some semblance of personality, a publication feels like a mouthpiece for the company or association that produces it. There’s certainly a place for that type of communication, but to return to MPA’s definition: Magazines “transcend any one platform” and “deliver powerful relationships that influence, inspire and endure.” It’s rare, if not downright impossible, to find all of that in anything other than magazines.